Although Garnethill Synagogue was the only synagogue in Glasgow when it opened in 1879, other congregations were soon formed in the Gorbals in the 1880s and 1890s, as many Jewish immigrants settled in the city and the Glasgow Jewish community rapidly expanded. However, Garnethill clergy and members continued to be influential across the community and a number of citywide organisations were founded by the original congregation.

Glasgow Hebrew Congregational Philanthropic Society – the main welfare organisation in the community, dating back to 1858 – eventually developed into the Glasgow Jewish Board of Guardians and was the predecessor of today’s Jewish Care Scotland.

This financial statement contains the names of some familiar congregational leaders, including Simons, Heilbron, Wohlgemuth and Wolffe.  Being involved with the synagogue was often a full and lifelong commitment. 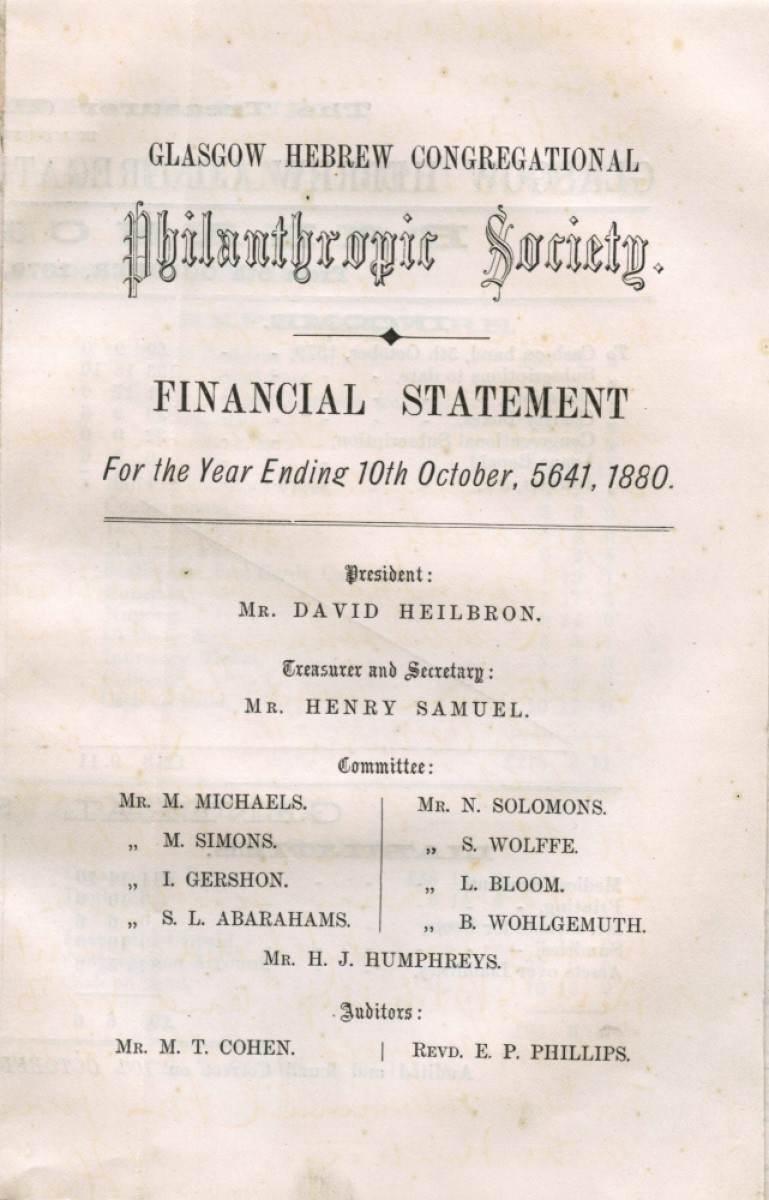 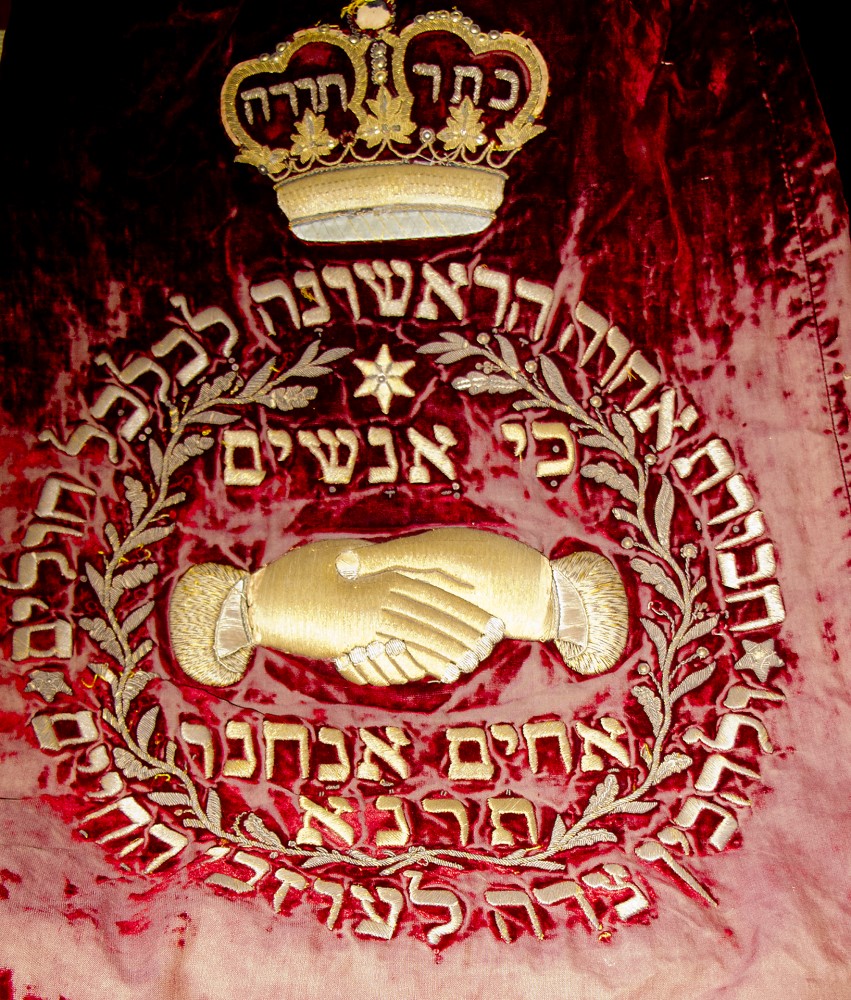 In the late 19th and early 20th century, the Glasgow Jewish community supported a whole range of friendly societies, such as the Lord Rothschild, Dr Herzl, Odessa and Baron Ginsburg Lodges. They had colourful uniforms and rituals and had their own sick visitors, loan and welfare activities. Members paid a regular subscription, which would provide insurance against unemployment and bereavement.

This Torah mantle which, as an ornamental cover for a Torah scroll, was presented to the congregation in 1891 by the Chavurat Achvat Harishonah L’Calaca l’Cholim – the First Society of Fellowship for the Welfare for the Sick. It bears a legend in Hebrew meaning:  for we men – we are brothers.

Between 1898 and 1906, Garnethill Synagogue led a synagogue union – the United Synagogue of Glasgow – with the leading synagogues of the immigrant community of the Gorbals.

The aim was to coordinate issues such as shechita (supervised slaughter of animals for food in accordance with the laws of kashrut), education and burials on a community-wide basis.

Two of the earliest-known Scottish Jewish soldiers were from Garnethill families. Both were involved in the South African wars of the 1890s. In 1896, Henry Vincent Reis, aged 22, died in Matabeleland, while 23-year old Louis E. Heilbron, son of David and Fanny Heilbron, died that year in the Transvaal. 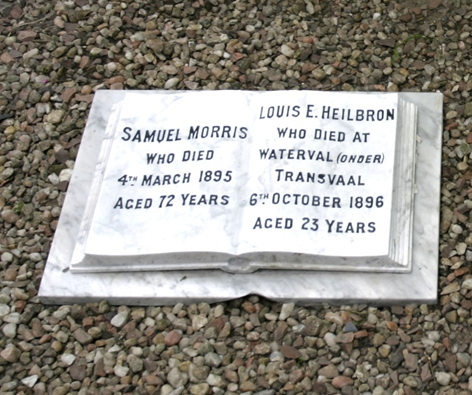 Ellis Heilbron, brother of Louis, was Assistant Secretary of the Glasgow Jewish Board of Guardians. He served in the Second Anglo-Boer War.

“Lieutenant Ellis J. Heilbron, 2nd Volunteer Battalion, Scottish Rifles, having lately passed his examination at the School of Musketry, Hythe, with great success, has offered his services for South Africa. Only six officers being required, he was selected out of a great number of applicants wishing to go to the front. He is the son of Mr David Heilbron of Glasgow.”

In 1898, The Glasgow Jewish Volunteer Association was formed in the synagogue.

At its first meeting, it was resolved that;

“The Jewish volunteers of the City of Glasgow desiring to manifest their love for their native country hereby resolve to form themselves into an association to be called the Glasgow Jewish Volunteer Association, with the object of furthering the volunteer movement amongst their coreligionists.”

A year later, there were 60 members. 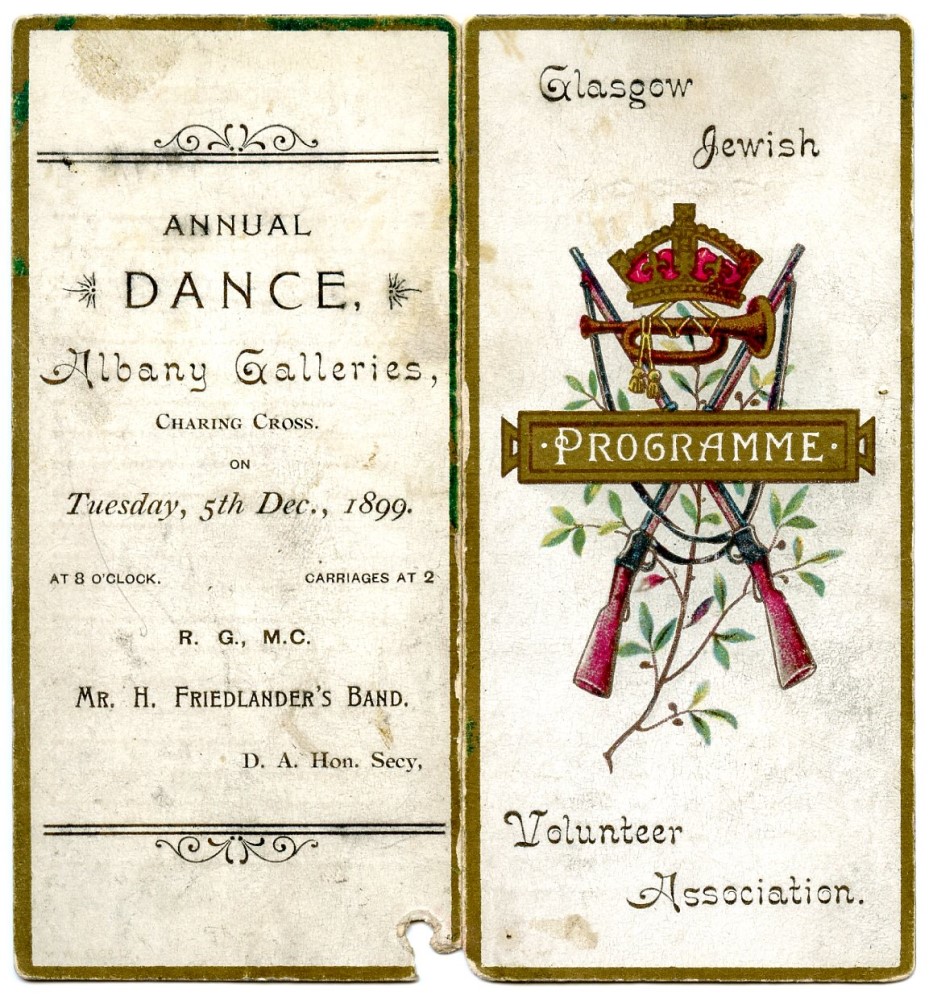 The idea for a Glasgow company of the Jewish Lads’ Brigade was raised in Garnethill Synagogue Council and, from 1903, took shape in the growing community of the Gorbals, led by Garnethill member John Hershfield and others.

Based on the model of the Boys’ Brigade, it was aimed at promoting loyalty, citizenship values and discipline. Members wore uniforms and took part in activities which included military drilling, bugling and outdoor camping. 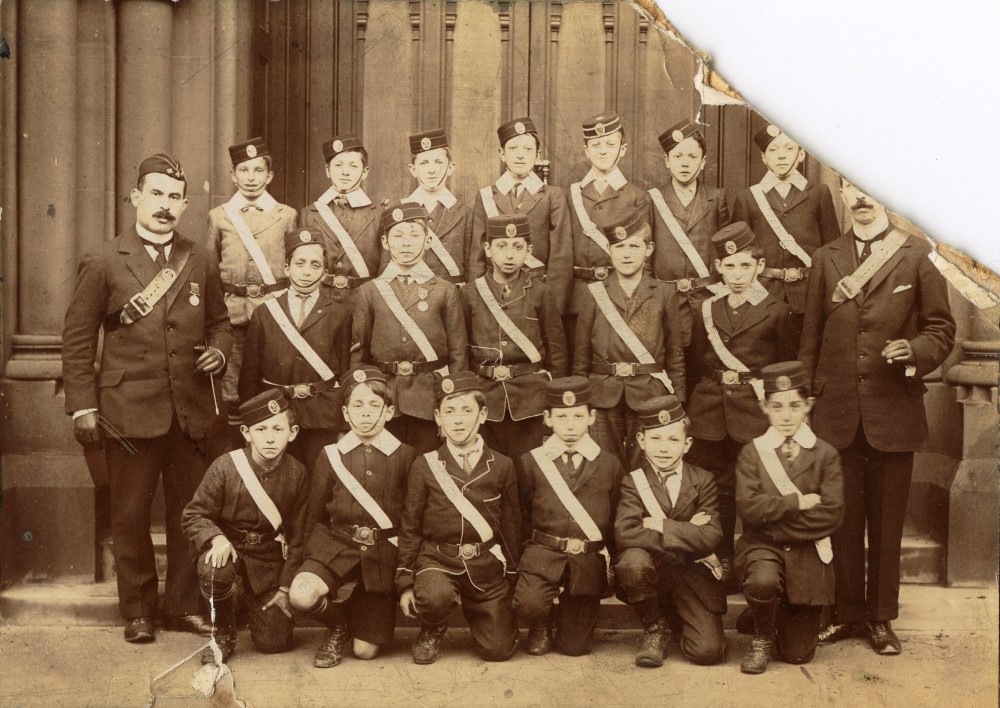 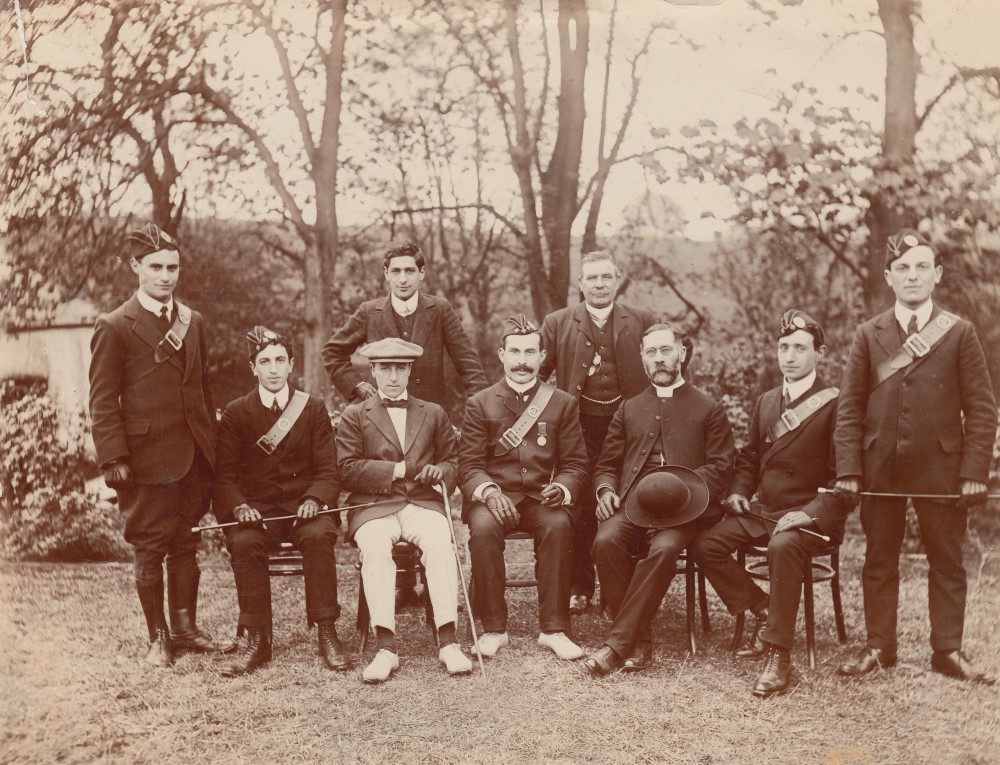 The early years of the Jewish Lads’ Brigade 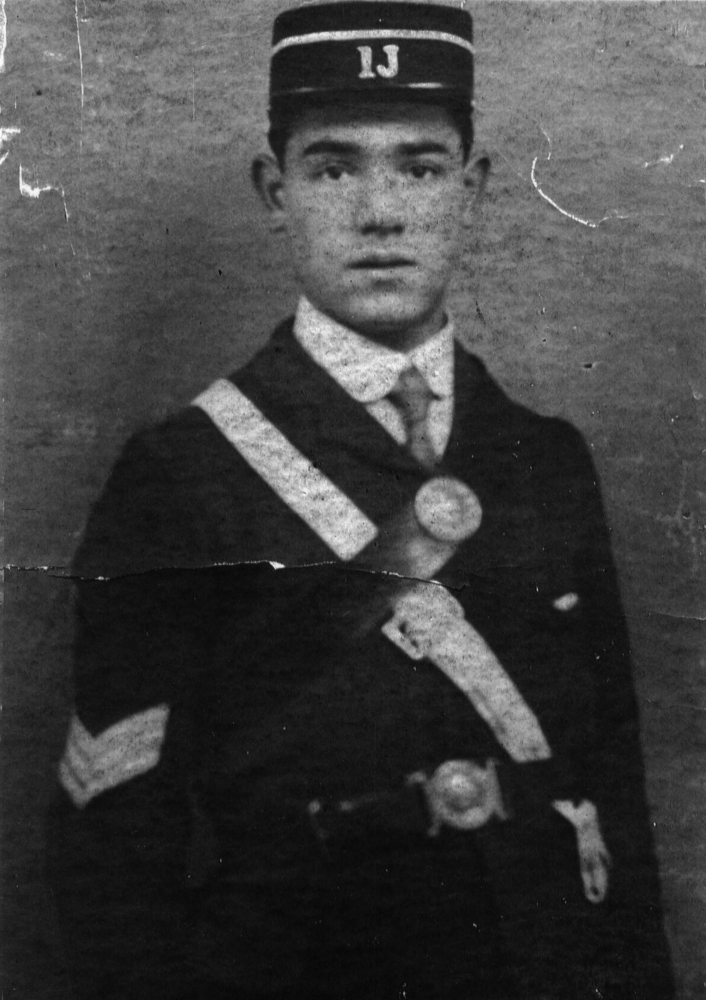 Aaron Woolfson in uniform, around 1909

The first Zionist group was set up in Glasgow as a branch of the international Chovevi Zion movement, which promoted agricultural settlement of Jews in Palestine. From the outset, it was dominated by Garnethill men, such as Rev. E P Phillips, Rev. Isaac Levine, David Wolffe and Benjamin Wohlgemuth. 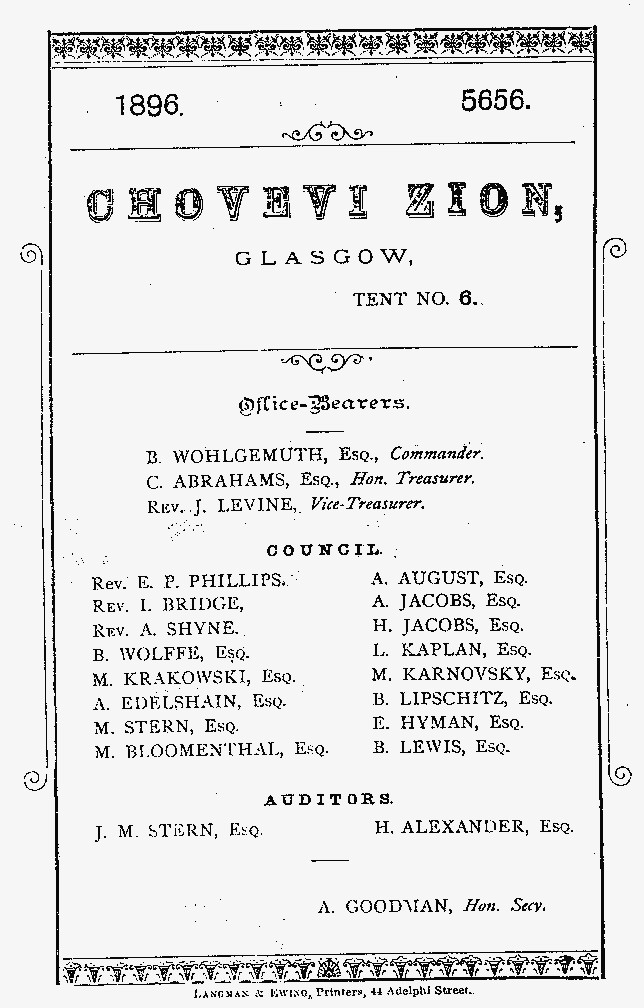 Following a meeting of Jewish Freemasons in Garnethill Synagogue in 1888, the Montefiore Lodge was formed.

The consecration, at St. John’s Masonic Hall in 213 Buchanan Street was reported in the Glasgow Herald of 20 March 1888. Michael Simons was appointed its first Right Worshipful Master (R.W.M):

“….In addressing the brethren in reply, R.W.M Simons said the Lodge, Montefiore, was, as they all knew, under Jewish auspices. That was a comprehensive term. He rejoiced to think that a lodge so constituted could be nothing less than a lodge conducted in accordance with the highest and best principles of Masonry. (Applause.) In the sister kingdom there were numerous lodges under Jewish auspices, and they were pleased to know that these lodges were for the most part presided over by masters who were not of the Jewish persuasion. ….”

Lodge Montefiore is still in existence. 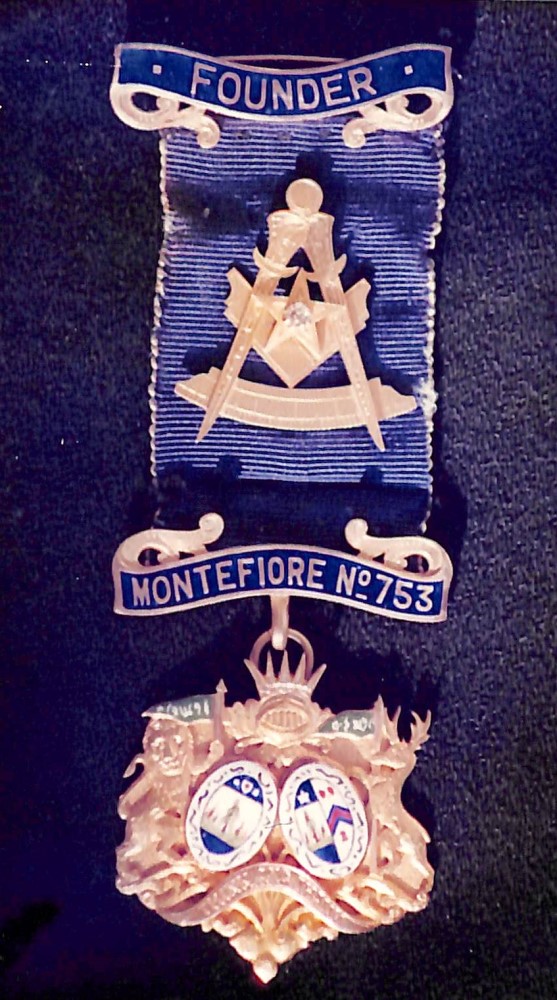 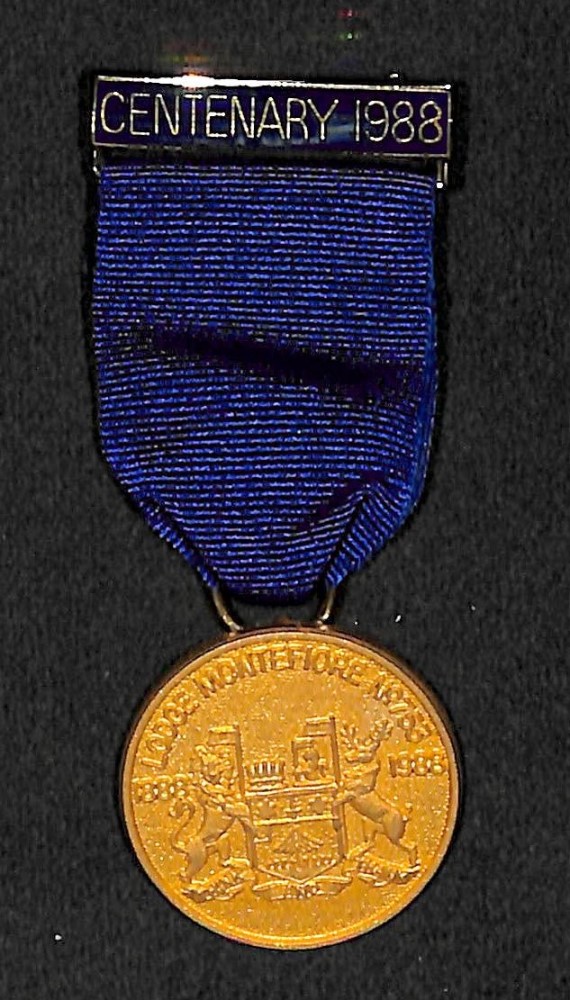 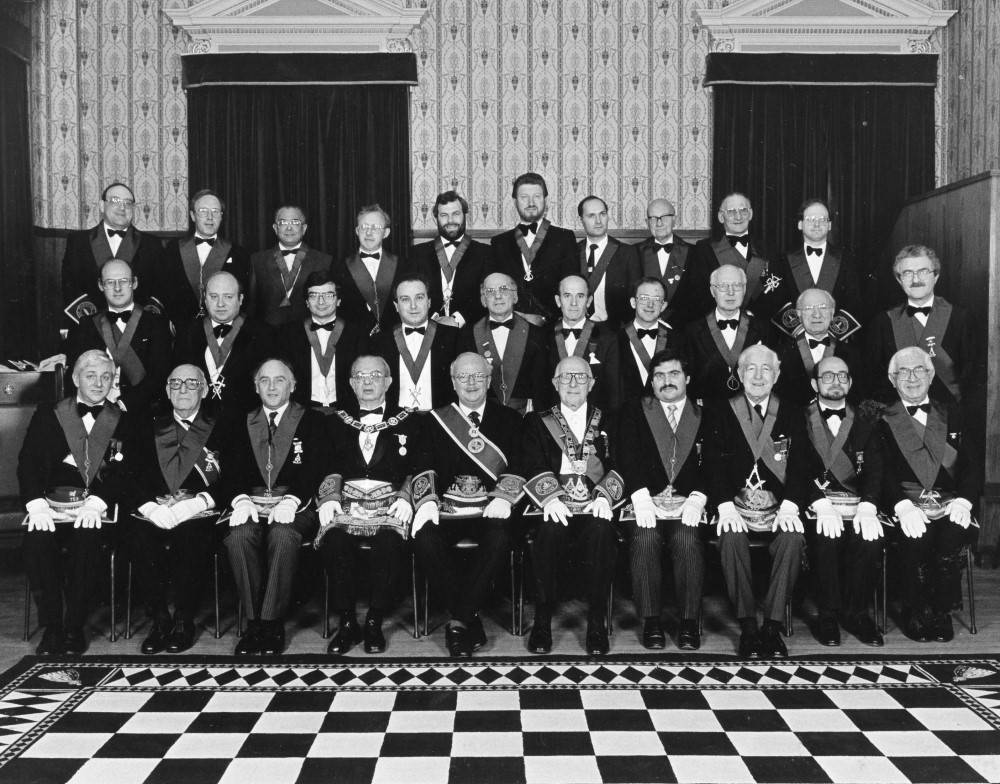 All images on this page are in copyright, and appear courtesy of the Scottish Jewish Archives Centre unless stated otherwise. Images should not be reproduced without permission.