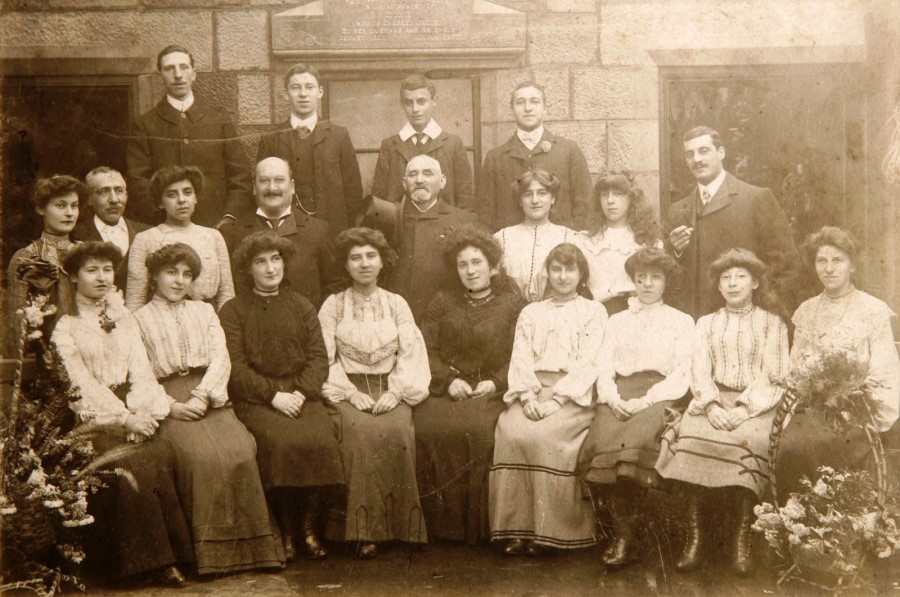 A new online exhibition from the Scottish Jewish Heritage Centre reveals how early congregation members helped shape the Victorian city of Glasgow that we know today.

The exhibition is based on material from the collections of the Scottish Jewish Archives Centre (SJAC) and includes images and documents made available online for the first time. Among those images is a mystery photograph of a group at the Synagogue in 1903, about which the Heritage and Archives Centres are seeking more information.

The exhibition was developed during lockdown in 2020 by a group of volunteers, including current congregation members, who met regularly on Zoom to discuss and research with SJAC staff. 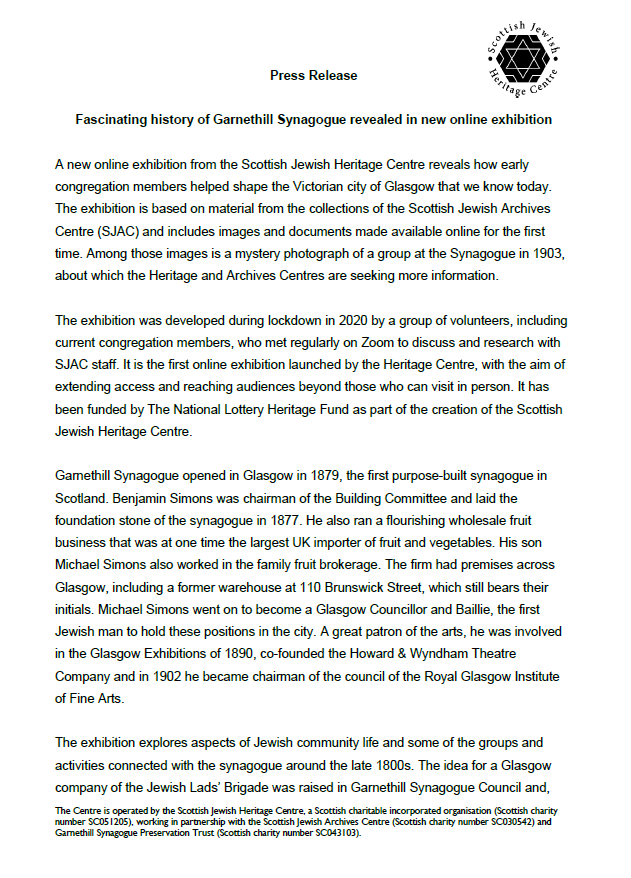 It is the first online exhibition launched by the Heritage Centre, with the aim of extending access and reaching audiences beyond those who can visit in person. It has been funded by The National Lottery Heritage Fund as part of the creation of the Scottish Jewish Heritage Centre.

Garnethill Synagogue opened in Glasgow in 1879, the first purpose-built synagogue in Scotland. Benjamin Simons was chairman of the Building Committee and laid the foundation stone of the synagogue in 1877. He also ran a flourishing wholesale fruit business that was at one time the largest UK importer of fruit and vegetables. His son Michael Simons also worked in the family fruit brokerage. The firm had premises across Glasgow, including a former warehouse at 110 Brunswick Street, which still bears their initials. Michael Simons went on to become a Glasgow Councillor and Baillie, the first Jewish man to hold these positions in the city. A great patron of the arts, he was involved in the Glasgow Exhibitions of 1890, co-founded the Howard & Wyndham Theatre Company and in 1902 he became chairman of the council of the Royal Glasgow Institute of Fine Arts.

The exhibition explores aspects of Jewish community life and some of the groups and activities connected with the synagogue around the late 1800s. The idea for a Glasgow company of the Jewish Lads’ Brigade was raised in Garnethill Synagogue Council and, from 1903, took shape in the growing community of the Gorbals, led by Garnethill member John Hershfield and others. Based on the model of the Boys’ Brigade, it was aimed at promoting loyalty, citizenship values and discipline.

Group seated outside the Succah, 1903

During research, a mystery photograph (shown above) came to light, showing a group outside the Synagogue’s Succah. It is believed to be the oldest known image of the Garnethill Hebrew Congregation, dating from 1903. Both the occasion and the identity of the people are unknown. It may have been a gathering to mark the dedication of the new Succah – on August 1903, noted in the plaque – which was erected by the Jacobs family. Are these people the Jacobs family and friends? Is this a choir – or is this related to the first use for the Succot festival? Please email info@sjhc.org.uk if you can shed any light on this image!

The exhibition was put on display in Garnethill Synagogue where it can be seen by current visitors and is now online for the first time. To view online: https://sjhc.org.uk/exhibition/a-new-synagogue/ 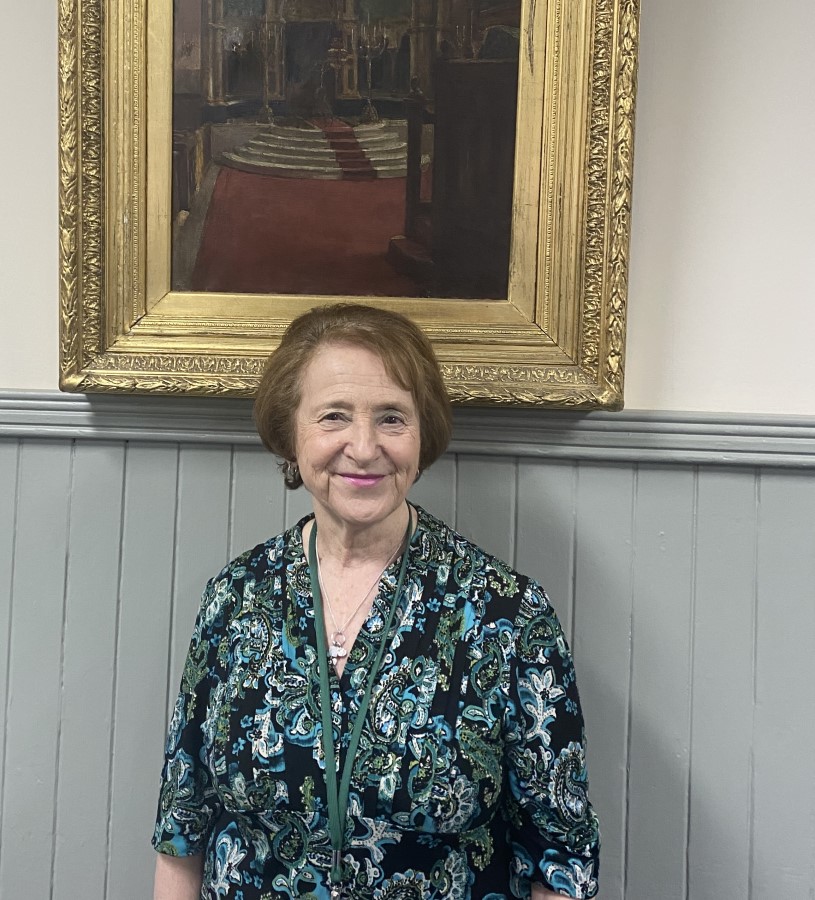 Sandra Silverdale, member of the group who developed the exhibition

Kerry Patterson, Manager of the Scottish Jewish Heritage Centre: “Since the Heritage Centre opened in 2021 we have had visitors from across the world. With our first online exhibition, we are able to showcase some of the fascinating history of our beautiful building to people who cannot visit in person.”

Harvey Kaplan, Director of the Scottish Jewish Archives Centre: “This online exhibition allows us to put the collection in context and it shows the rich variety of objects and information we hold. We are always keen for people to get in touch if they can tell us anything more about the items we hold, or if they have anything to donate that relates to Jewish life in Scotland.”

Sandra Silverdale: “I have been a congregation member all of my life, I went to Chedar here and got married to Maurice, who was also a member of Garnethill. My children were members of Garnethill and my son had his Bar Mitzvah here. During lockdown I got a lot of pleasure from re-living memories of the Synagogue and helping to plan the exhibition.”